hi. it’s me. chris. the guy who barely gives a shit about anything besides heavy metal and hockey anymore. despite this, i do still think some things matter and should change prior to the impending global meltdown our “way of life” has in store for us. in the spirit of getting our affairs in order before planetary self-immolation, i offer you this open letter to Canada from Ryan McMahon, an Anishinaabe dad/ comedian/ writer/ media maker/ unstoppable force living right here in our garbage city.

Miigwech, as they say.

is there a progressive, pro-democratic, pro-environment, anti-imperialist, anti-capitalist, pro-reconcilliation political party in Canada that also promises to eviscerate funding for the “arts” in this country? because i’d fuckin vote for that party in a new york second.

have a nice day.

I’m serious. We are hoping a Trump presidency will cause Sulynn to flee the US and claim asylum in Winnipeg.

In barely related news, if you’d like to enjoy a trip down memory lane to when we were a 3-piece, i’ve put the audio for our “Live From Occupied Territory” dvd up on our BandCamp page if you feel like breaking off a piece a dat.

ok, back to making new, fuckin killer tunes. get lost.

Chomsky on the Super-Rich and The Corporate Sector, Part 1 Zillion

ok, now back to head-banging. fuck off.

BEWARE ALL POSERS. We have a new friend. Her name is Sulynn. She plays an SG and she’s ready to crack some fuckin skulls with it onstage with us. What the fuck else do you need to know?!? What else matters in this world?!? Well, let’s hear from the axe-slinger herself:

“Hey everyone! I’m Sulynn. I’ll be responsible for adding long hair head banging and stage left guitar riffage at Propagandhi shows from here on out. I’m from Tampa, Florida where I spend my days drinking lots of coffee, nerding out on the guitar for hours, running my own business teaching guitar, and squeezing in sweaty yoga sessions when I can. I feel beyond stoked to get to play with a group of guys who have influenced my playing and taste for a very long time. It’s gonna be a rad time, and I hope to get to share the experience with you all. Let’s rage!

That’s what the fuck i’m talking about! Stay tuned for more info and shows coming down the pike! Yes, let’s RAGE!!

(cue Def Leppard’s “Foolin” except singing “Ah, S-S-S-Sulynn”…also, big ups to everyone who sent in a guitar audition over the past few months…holy moly there are a lot of good players out there!) 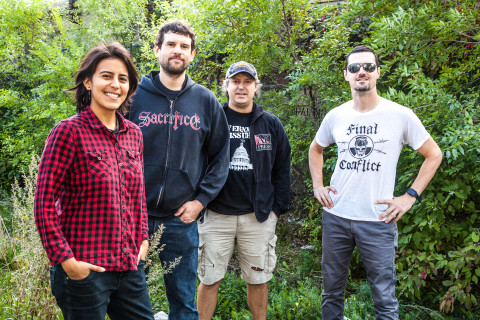 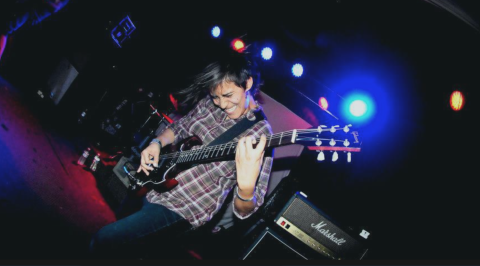 I Am A Goddamn Rifle!

Today is the day my friends. In honour of our fallen comrade Todd Serious of the legendary The Rebel Spell (see previous blog entry), we humbly offer this version of “I Am A Rifle”. Hope you feel it like we do.

any proceeds after recording expenses will go the Wildlife Defence League and/ or the Unistoten Defence Fund, so do what you can. Todd would’ve approved. Rest in Power bud.